We Create Opportunities for Candidates & Businesses

At ProRecruiters, we understand the power of extraordinary people when connected with visionary companies. Regardless of whether you are seeking an employee or seeking a job, we are dedicated to achieving your goals through superior service and solutions.

We provide staffing solutions to businesses who are seeking professionals ranging from entry-level support to executive management. We recruit and expertly identify highly-skilled employees in the following industries and positions: 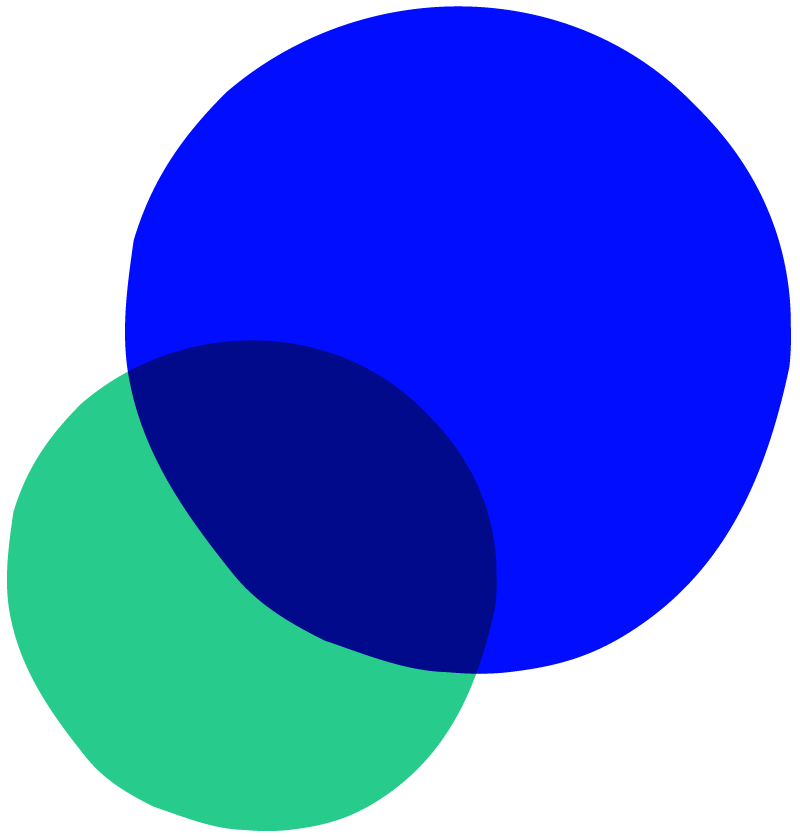 Connecting People for over 12 Years 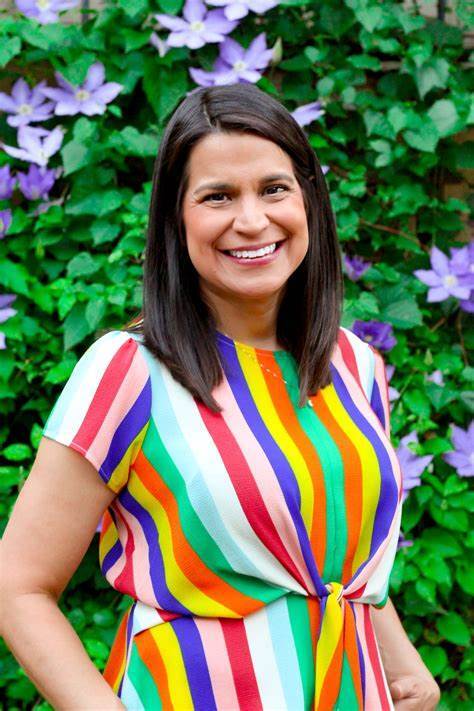 Liz Brolick is the General Manager for ProRecruiters, VP at Array Corporation. She has more than 20 years of experience in staffing and recruiting in Tulsa. Liz is also an active volunteer in the Tulsa community. She has been actively involved with the Junior League of Tulsa, Leadership Tulsa and currently serves as the Board Secretary for the YWCA of Tulsa.

Liz has been twice honored as one of Oklahoma’s Most Admired CEO’s. She has been named as a Women of Distinction by the Tulsa World and as a Woman of the Year for Alpha Phi.

In her spare time, Liz enjoys spending time with her family, Holden (16) and Harrison (13) and her husband Peter. Together they watch OU Football, cook great food, and stay active. 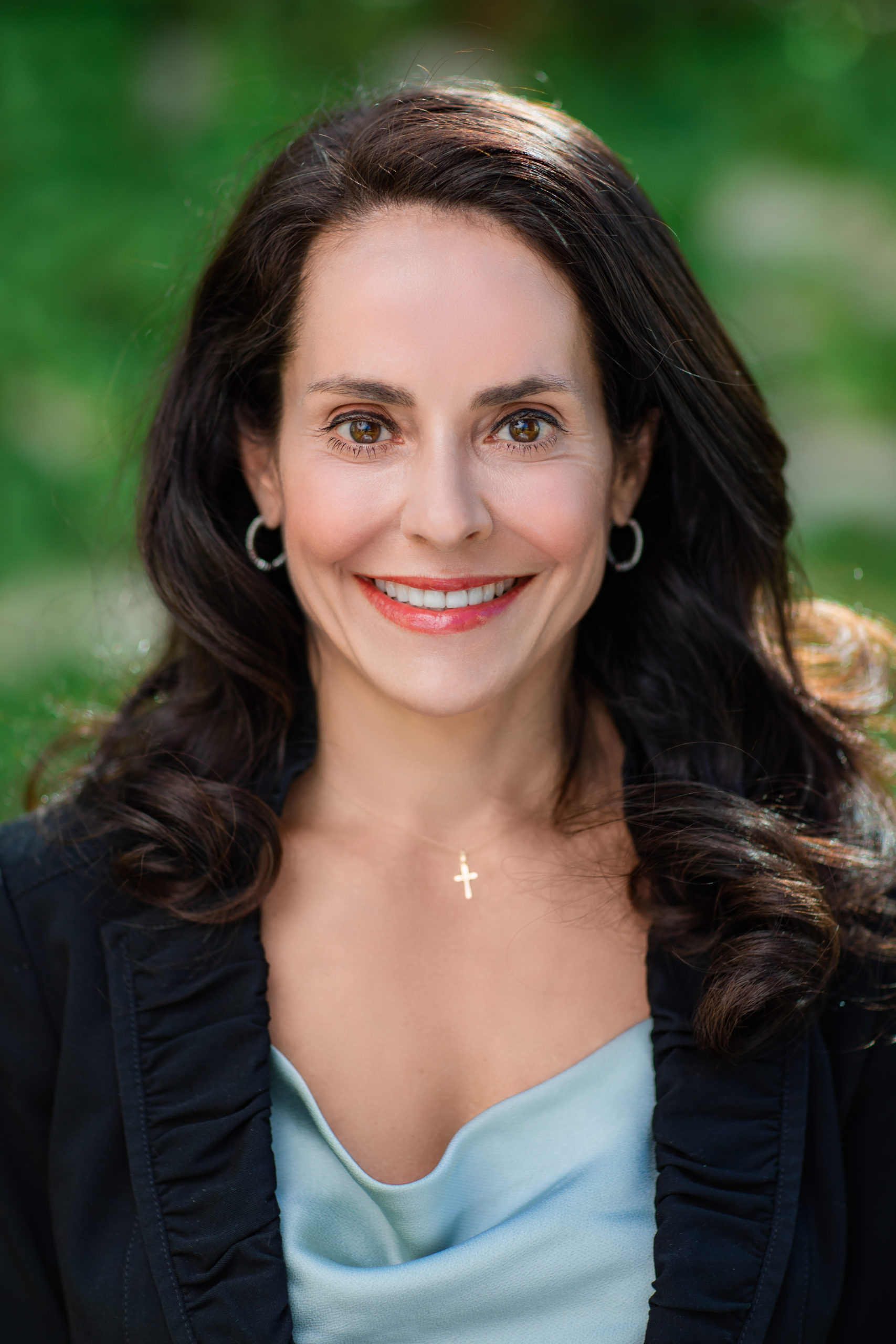 Carey Baker is the founder and and former CEO of ProRecruiters. Carey started ProRecruiters, formally Part-Time Pros, in march of 2008 with her husband Brett Baker.  Carey and her husband, Brett, launched Part-Time Pros aimed at giving professionals flexibility in the workplace. In 2014 the company expanded to ProRecruiters to become a full-service HR and recruitment firm.  ProRecruiters is a certified woman owned small business.

The Tulsa-based company, which took second place in the 2009 Mayor’s Entrepreneurial Spirit Award, works with more than 500 employer contracts and more than 6000 professionals.   In 2011, ProRecruiters was one of 75 businesses in the US to receive the US Chamber Blue Ribbon Award for growth and sustainability.  The company was also voted the “Best of the Best” in the 2011, 2012, 2013, 2014, 2015, 2016, 2017 and 2018 Oklahoma Magazines Best Staffing Company.  In 2011, Part-Time Pros was named #6 fastest growing Tulsa Based Company by Tulsa Business Journal.  In 2012 it was named the #3 fastest growing Tulsa Based Company by Tulsa Business Journal.  In 2012, Carey wrote her first book “Hire a Pro/Be A Pro” to offer advice on how to hire and keep the best employees as well as how to be the employee that companies want to keep.

Prior to starting the company, Carey worked for Chapman Foundations Management, The Advisory Board Co. and The Williams Companies.

Carey also finds time for her community, volunteering with the United Way and The Parent Child Center of Tulsa. She is the current past chairwoman (board chair in 2019) with The Parent Child Center and a Live United Member of the Tulsa Area United Way.  She chaired the Tulsa Chamber Task Force for Business Expansion and Development, was Chair for the OKHR Programs Committee for 2013-2014, President for 2014 for the Tulsa Metro Chamber Small Business Council, and has served on the Tulsa Metro Chamber since January 2014.  In addition, she is a member of SHRM, TAHRA, AFP and a graduate of Leadership Tulsa class 28.  She is also a member of National Charity League with her daughters. She graduated Cum Laude from Vanderbilt University with multiple majors in English, Cognitive Studies and Statistics.  In her free time, she loves cooking, reading, date nights with her husband Brett, exercising, and playing with her girls.

She is an enneagram number 8 and 3 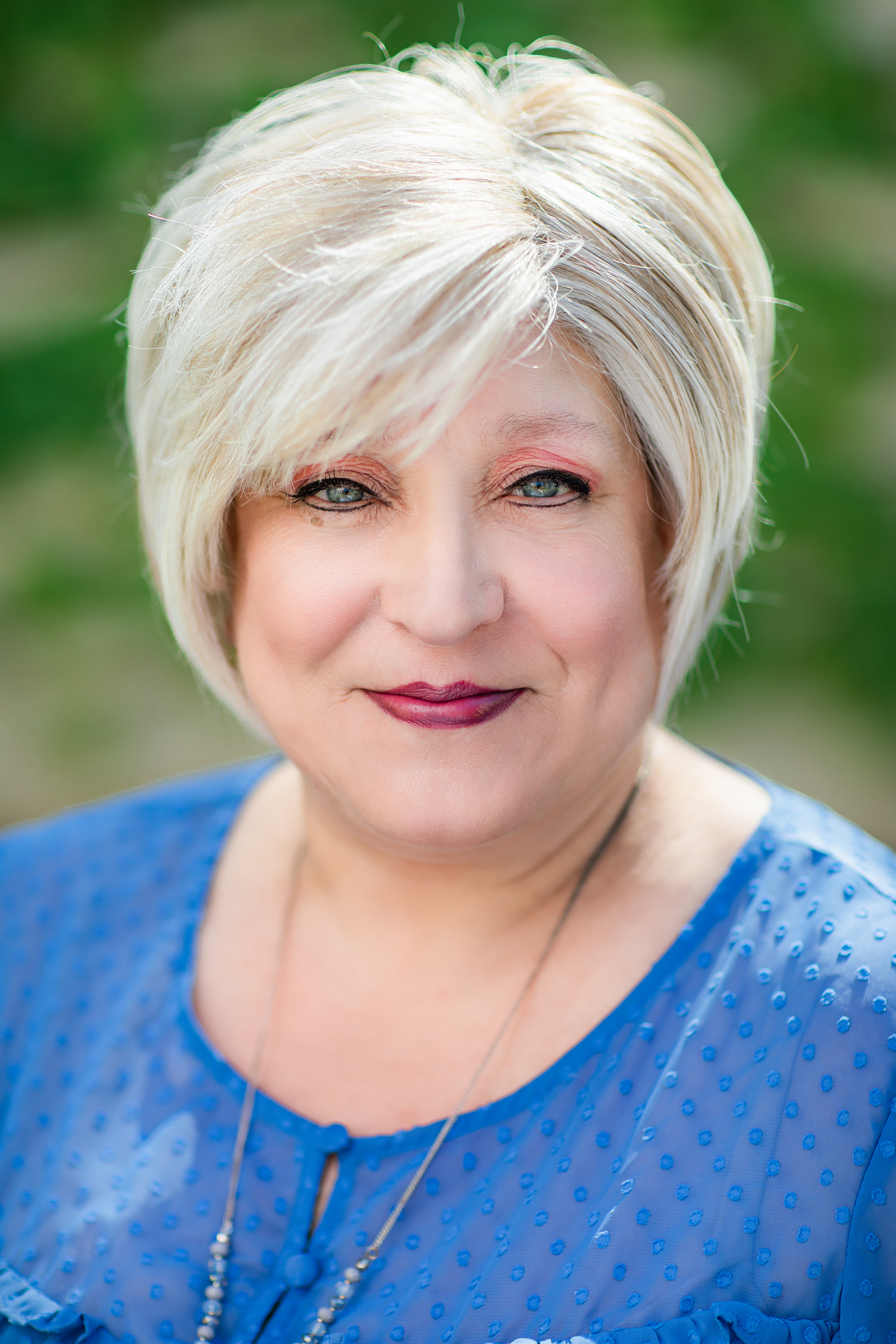 Becky Murphy is a VP of Recruitment and Talent Systems with over 25 years’ experience of diverse recruiting including over 10 years of experience in the Construction recruiting space. She has recruited for entry-level to executive positions across a variety of industries and geographies. She is passionate in her goal of surpassing her client’s expectations and assisting them with talent acquisition. She is a huge fan of Georgia O’Keefe, a great crime novel, all things sport related and spending time with her family. 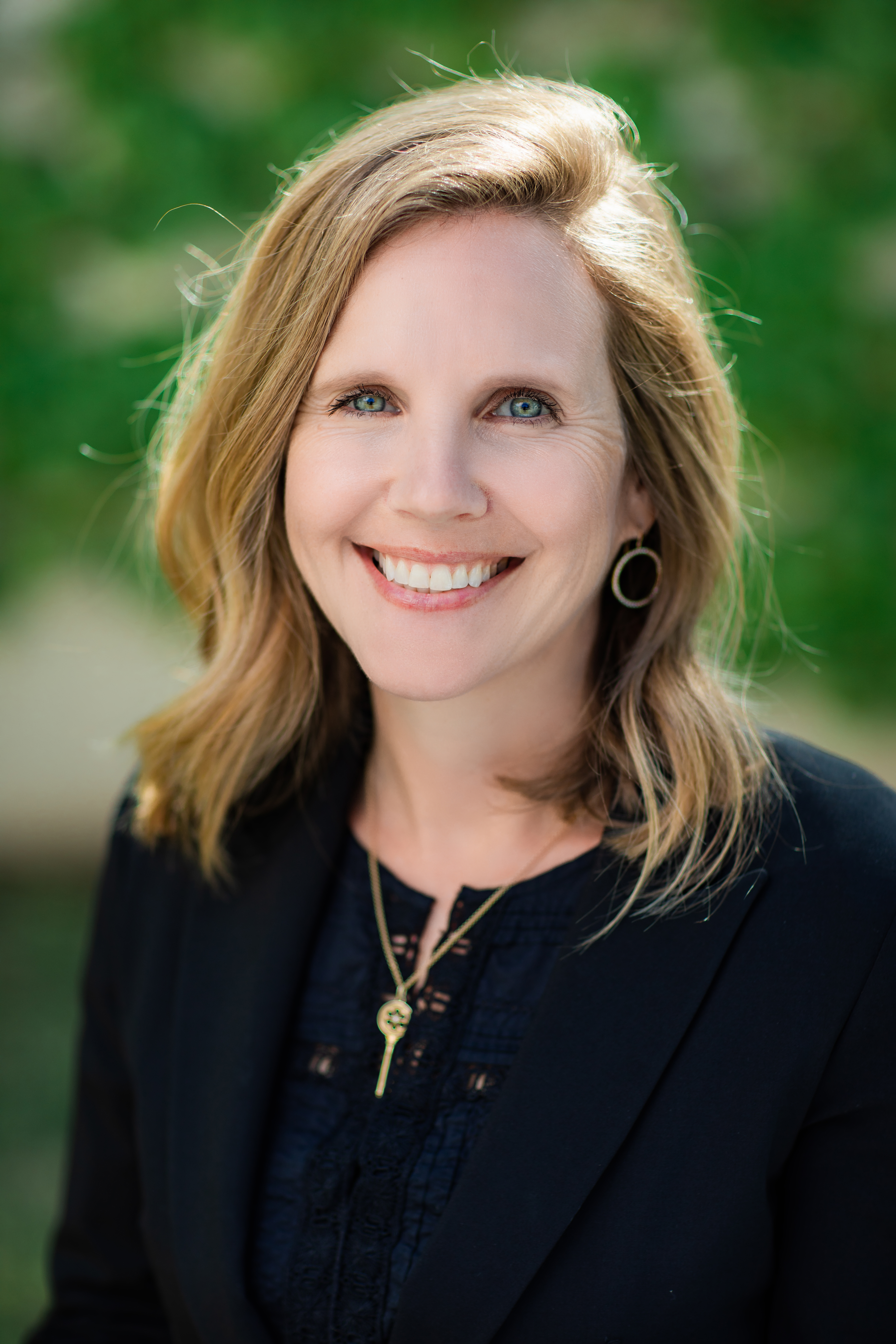 Katie Gibbon is the Accountant at ProRecruiters. She graduated from Vanderbilt University with a Bachelor of Science degree in Economics.  She has 10+ years of experience managing the financial operations of small businesses and strives to provide efficiency and the highest quality product in her field of expertise.  In her free time, Katie enjoys playing tennis, spending time outdoors and being with her family. 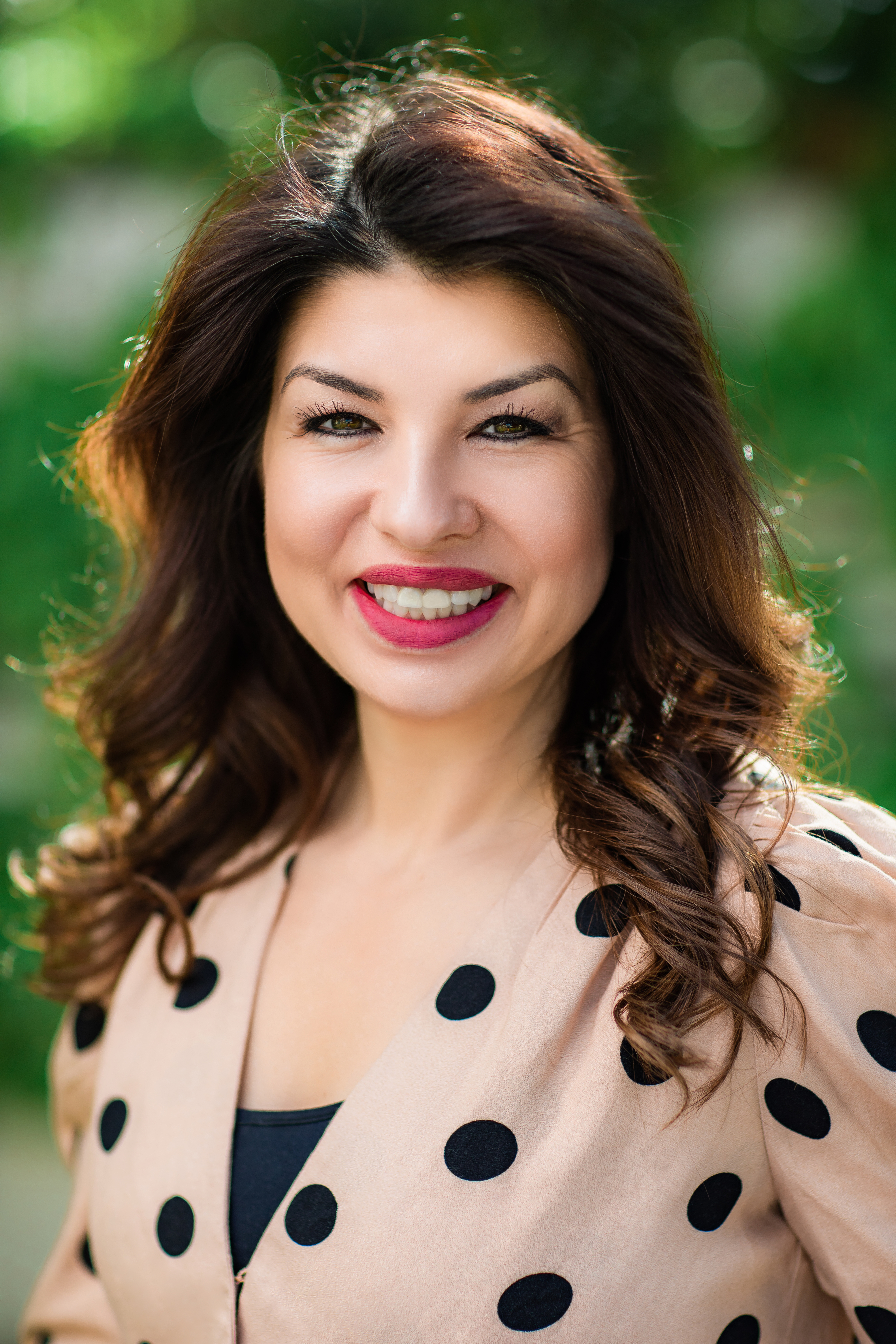 Angie Huggins is the Director of Business Development with over 10 years of experience including working in both staffing and business development roles.  She has an MBA from OSU and enjoys building relationships and helping businesses grow within the community by exceeding client expectations.  Her core values are centered around honesty, integrity and doing the right thing for customers.  In her spare time, she enjoys going to the gym and spending time with friends and family. 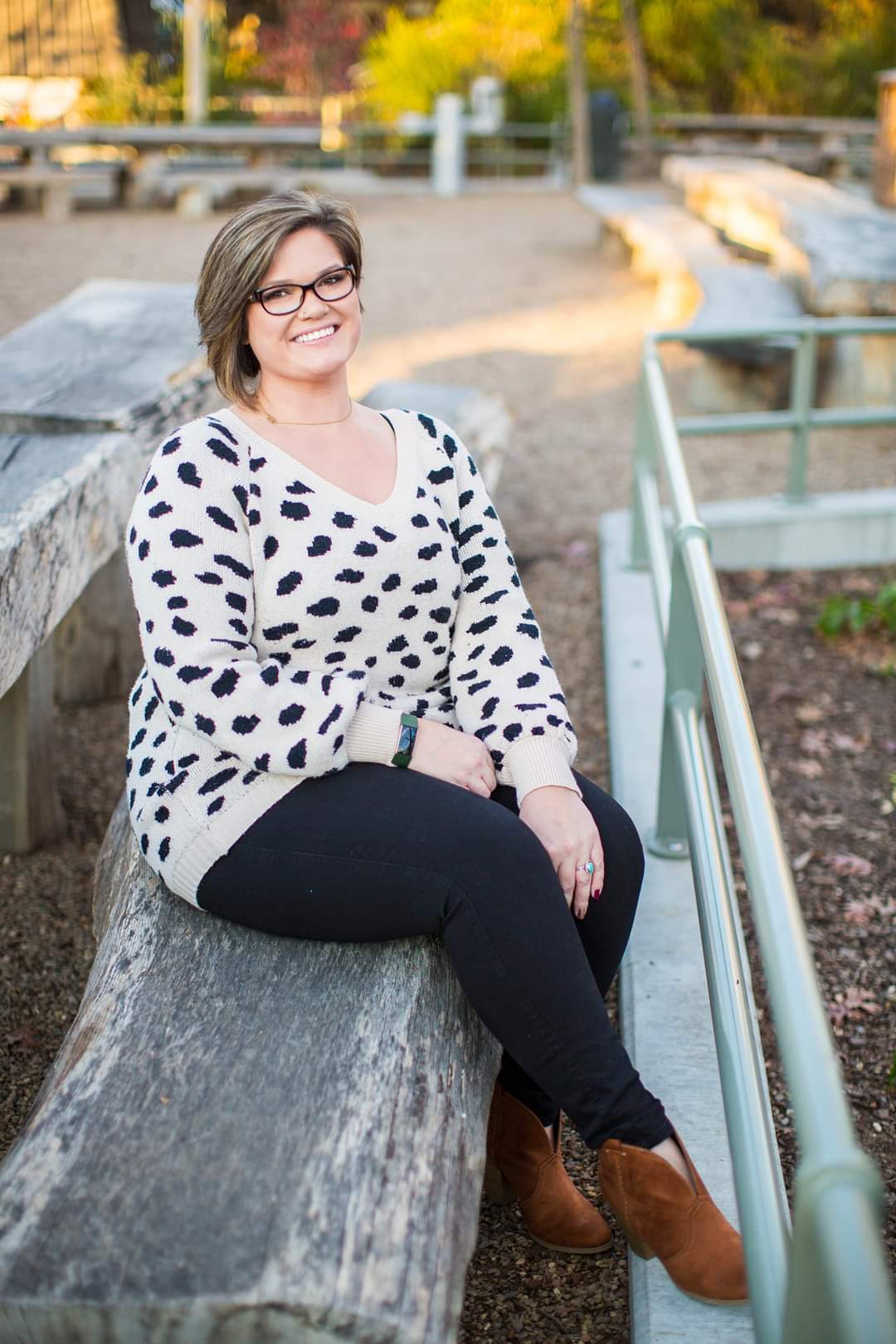 Kaylene Kilbourn has 5 years of customer service and inside sales experience. She’s previously worked in a recruiting office as its Coordinator. She’s got great energy and is an amazing addition to the team. In her free time, Kaylene enjoys painting, going to concerts and taking mini-adventure trips! Kaylene and her son Jaylen (11) love Fortnite dancing and goofing off together. Kaylene looks forward to working with candidates in the Tulsa area and helping them find new professional homes. 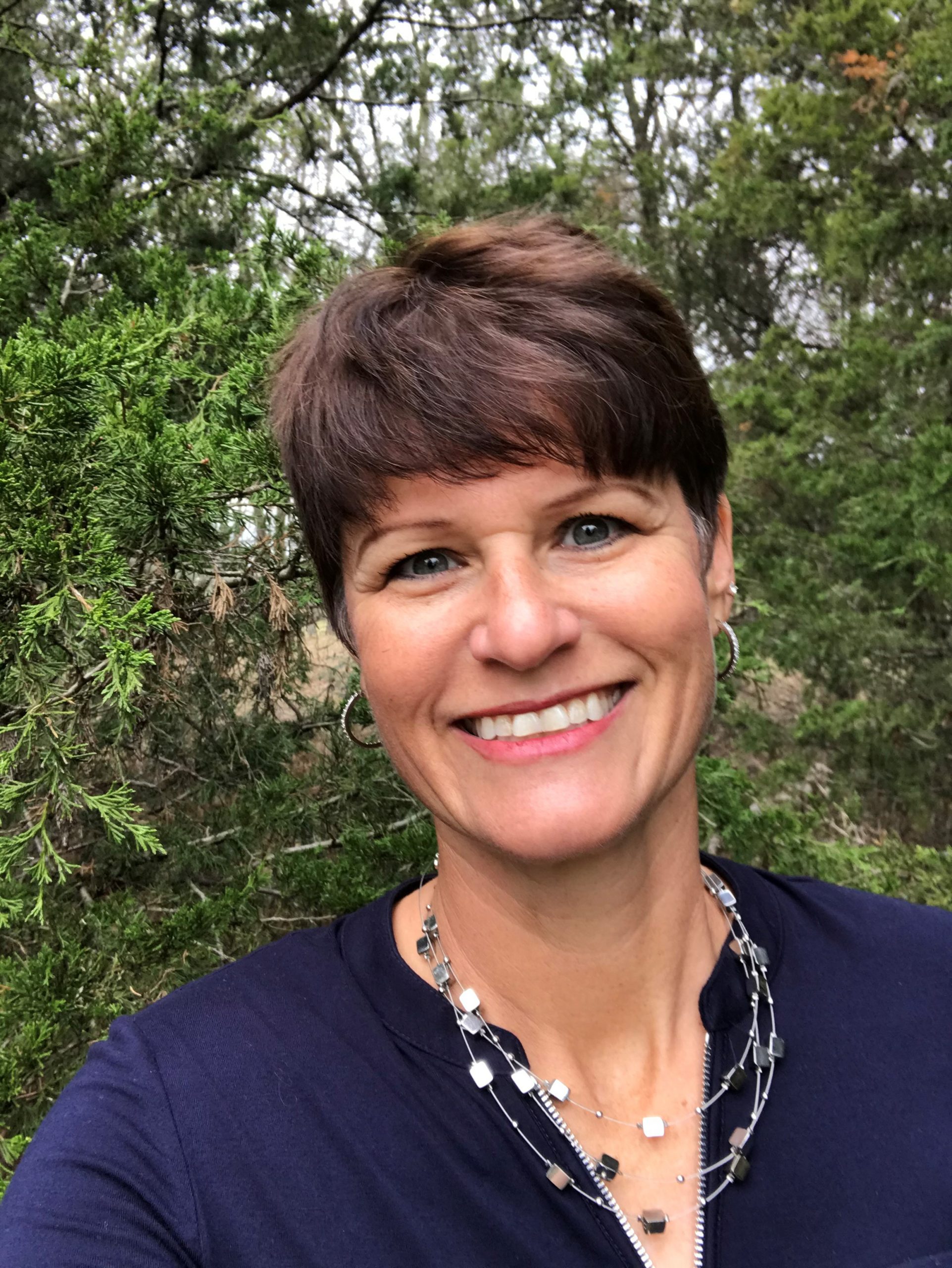 Tiffany Carter is the Office Administrator for ProRecruiters. She has more than 14 years of experience working closely with candidates and Human Resource professionals to support an organization’s hiring needs. She has managed the entire HR process, from recruitment and onboarding to compliant payroll set up and offboarding. Developing People and organizations is a passion. Outside of the office, Tiffany loves to coach soccer, which she has been doing for more than 10 years. She sees sports as an easy way to “make a difference and develop the lives of kids”. She does all this with the support of her husband (Gary) and her 13-year-old son (Preston). When they aren’t on their land working, they are on a sports field somewhere. 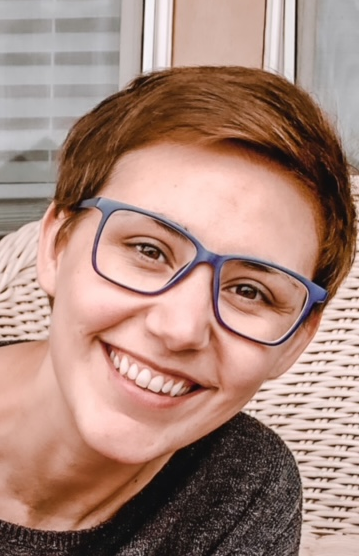 Alyssa Westhusing has 10 years of sales and customer service experience and has previously worked in a Talent Acquisition role sourcing and recruiting candidates. Her #1 professional priority and passion is to find the perfect fit for her candidates and organizations.  Alyssa is “very passionate about helping people achieve their goals”. She received many shout-outs from the managers she hired for regarding the quality of their candidates as well as efficiency of her hiring process.
Her interests include dabbling in art projects, reading books, and spending time with her two-year-old daughter (Eleanor), husband (Jacob) and Pyrenees (Gru).
StrengthsFinder: Empathy | Futuristic | Intellection | Activator | Adaptability
{

"I was pleasantly surprised with ProRecruiters. I met with Becky in early August for a high-level professional position that was eventually given to someone internal to the client company. I did not expect to be contacted again; however, Becky called me regarding a different opportunity for which I am qualified, and I was given an offer. If not for Becky I would never have known about the position. She did a wonderful job and I would not hesitate to recommend her or ProRecruiters."

"I have used ProRecruiters over 5 years. They do a great job sending us quality candidates, their process is easy and they are quick to respond. They do more than just send tons of applications to review, they take time to understand our company, which allows them knowledge in sending us a good fit. I highly recommend ProRecruiters for your staffing opportunities."

"Had a great experience with Pro Recruiters! It was easy to apply. They got me work immediately. The client company was awesome to work with. I would certainly recommend this temp agency for any professional office worker or call center agent to apply and start your path on a great career!"

"Prorecruiters helped me find a job that worked perfectly with my school schedule. And the job they found was related to the field that I am studying! I would recommend ProRecruiters to anyone seeking employment!"

"This is an amazing company! Extremely professional and immediately invested in seeing you succeed. I made a passing comment in my interview about wanting a certain type of job and they went above and beyond to help me procure it! Highly recommend."

"I'm still having a great experience working through Pro Recruiters at American Airlines. Pro Recruiters have always been very helpful when I have any questions regarding my hours or paycheck."

"The best employment agency! Excellent staff, very professional and courteous! They provided me with a job which turned out to be the best fit for me. I highly recommend this staffing agency as they know their business! Thank you!!"

"ProRecruiters is service oriented and diligent to provide a candidate with your needs and expectations. The staff there is always friendly, helpful and goes above and beyond to help. Thank you ProRecruiters!"

"It's really a pleasure working with the team at ProRecruiters. Not only do they work hard to find the right talent for your company, but they also treat you like a friend. I have really enjoyed working with Heidi and Ashley, and am looking forward to continuing to use their services in the future."

"Top notch recruiting service. They reached out to me after finding my resume listed online. Within roughly 24 hours I had an interview setup and within 48 of original contact I had an offer letter. Professional service and quality follow up after placement. I wouldn't hesitate to recommend their services to anyone looking for a professional staffing agency in the Tulsa area. "